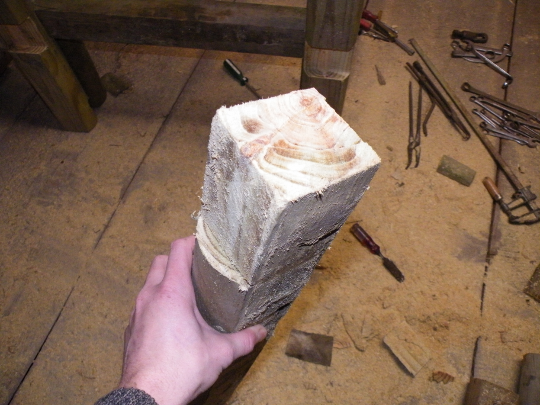 After working hard all summer on my shed and it’s second story wood shop, I’ve finally gotten started on my first serious project: A cider press.  The design isn’t really that complicated, but it requires a great deal of pieces, and I’m trying to put them altogether with the least amount of money as possible.

The winter months drive my heating costs thought the roof, and so I really can’t afford to spend much on this project till spring, which is the worst time for me to work on it. I’ll be too busy planting, weeding, watering and mowing for construction. So rather than miss out, I’m using a MacGyver like mindset when it comes to construction materials. 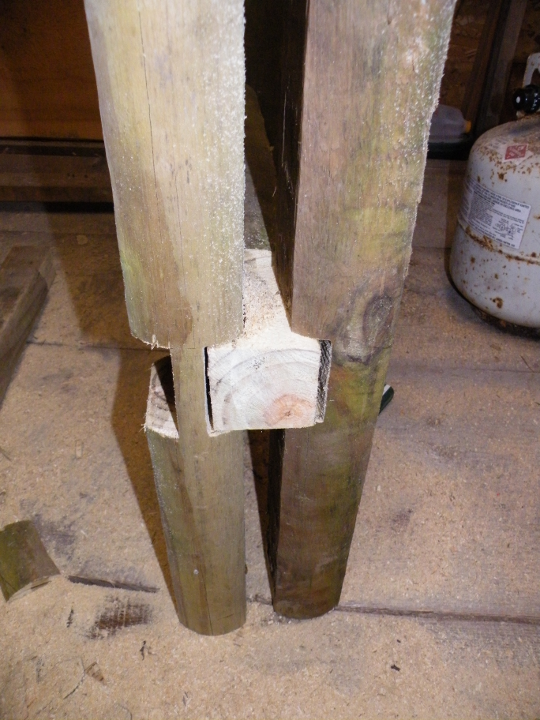 In place of treated 4 x 4 posts, I have once again turned to Landscape timbers. We have lots of them on the farm due to a past purchase of several pallets, and they are treated for the weather…. seems logical. Two sides are rounded, and two are flat, so some trimming here or there is needed, but I’ve been here before, as my greenhouse frame was created using the same posts. If for whatever reason they turn out to be unfit for this application, I can replace them fairly easily with 4 x 4 posts, when the heating costs level off a bit. 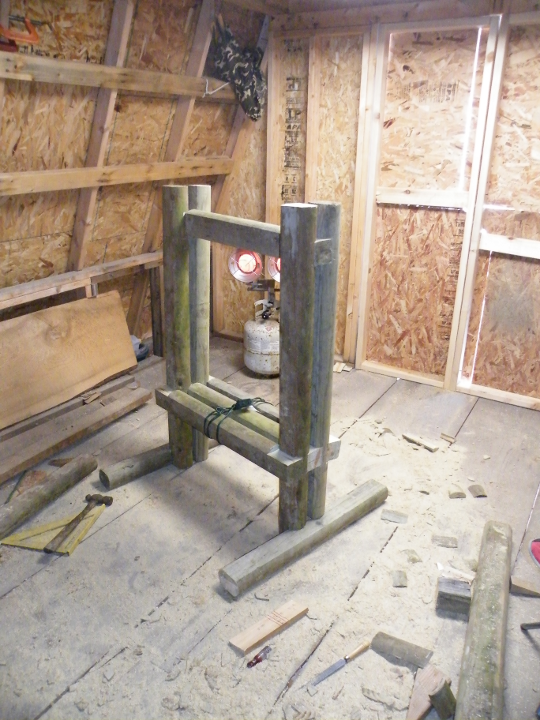 The frame is nearly complete, with very little work left. I need to purchase some strong bolts to hold the whole frame together, again that will have to wait. For now I’ve got the frame held together with the help of gravity and a short green extension cord. The feet are notched, and even without the bolts the notches line up well enough to keep it from tipping over. 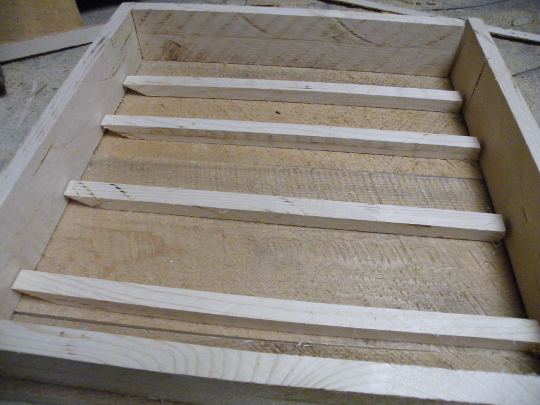 Once the frame was as complete as I could create for now, I moved on to the trough. I wanted to use untreated wood in this area, and the only material that fit the bill was some rough cut pine from a tree on the farm. When I say rough cut, I mean the boards still carry the scars of the saw mill blade which ripped the tree into slices. The thickness of the boards range from a bit less than 1″ to over 1-1/4″.

I began cutting each board to size, figuring I would smooth them down later, either with a rasp or hand sander. After a few hours it dawned on me that I could use the blade of my table saw to smooth out the pieces, and you can see the marks the blade made of some of the components in the trough base. I’ll sand those out later. 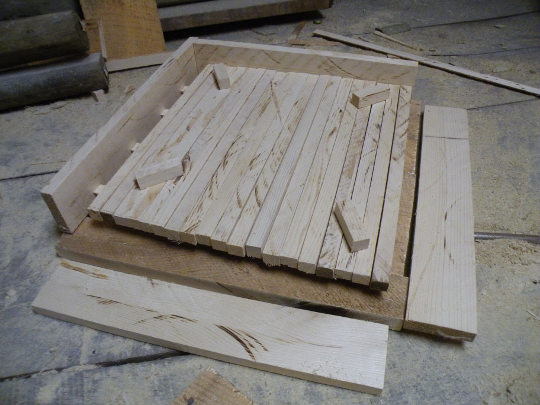 Trough With Slats and Basket Centers

I started getting used to this “poor mans planner”, and got pretty good at it. I moved on to the trough slats running every edge past the blade to make smooth pieces. At this point, I was very proud of myself for turning rough cut lumber into smooth slats. 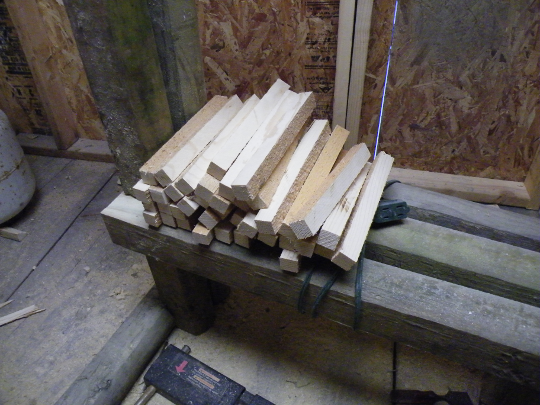 After taking a break for an hour or so, I returned to cut the Basket Slats, which will hold in the apple chunks as they are pressed. The basket requires 38 slats so I decided to only cut two sides smooth, the inner and outer edges. This would leave the rough cut portion in the spaces between the slats, where there will only be a 3/32″ gap. I’ll smooth them down a bit with some sand paper, but I think they will function just fine as is.

Next, I need to build the jack press base, but I’m going to wait till I order a hydraulic jack, and measure the basket. This will allow me to “build it once” so to speak, and not need to make adjustments later.

Now I just need 8  bolts for the frame and about 76 for the basket, along with two stripes of metal strong enough to hold the basket together while it’s under pressure.

All in all, I’m really happy with the progress and speed with which it’s all coming together. Here’s hoping I can keep it up and finish this project before planting time.