Waiting for the Green 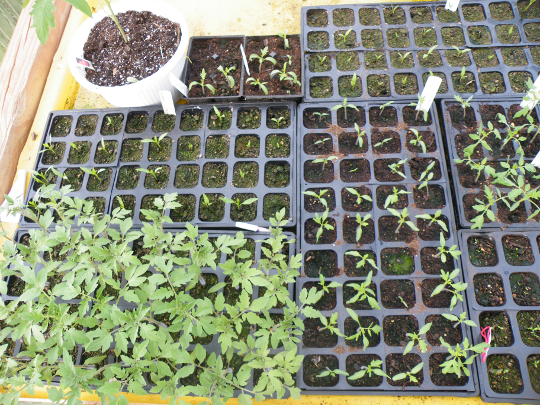 The greenhouse is full, and not just to it’s intended maximum capacity; There are plants on the floor, and plants on new shelves. I’ve so crowded this clear shed with seedlings that I intend to redesign it’s shelving system to hold at least twice as many plants by next year.

The thousand or so seedlings which have emerged from the soil are starting to relieve the stress of knowning whether they will germinate or not. Each year as this miracle is underway, I find myself stressed just a bit while the trays sit empty and the seeds work their magic under the soil. Once they poke through the top, I can monitor them, and properly care for them, and that stress turns to accomplishment. Very few seedlings that emerge from the soil perish on their way to the garden, so once I see green, I know I’ve made it about half way.

In the photo at top, I’ve planted cherry tomatoes about a week or two early, and they are stretching skyward as they compete for the catalyst of growth provided by the photons from the sun. 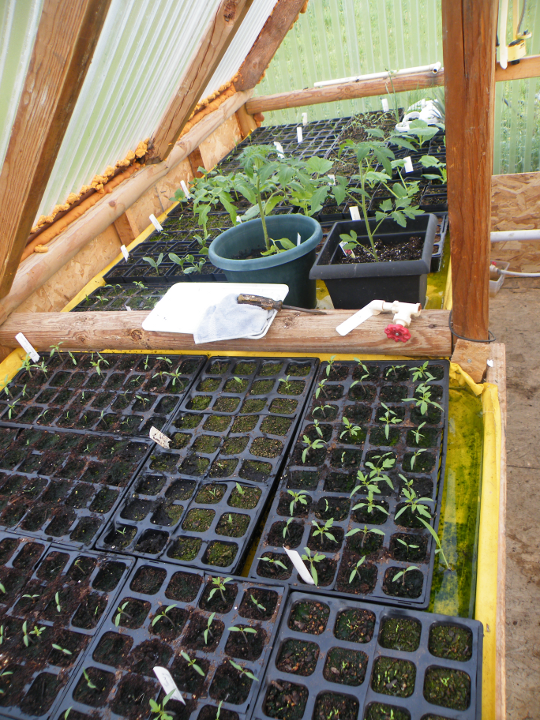 The table towards the bottom of the photo holds tomatoes and peppers. The second table in the background is covered with cucumbers, zucchinni, winter squash, egg plant and celery, as well as some over sized tomato plants. 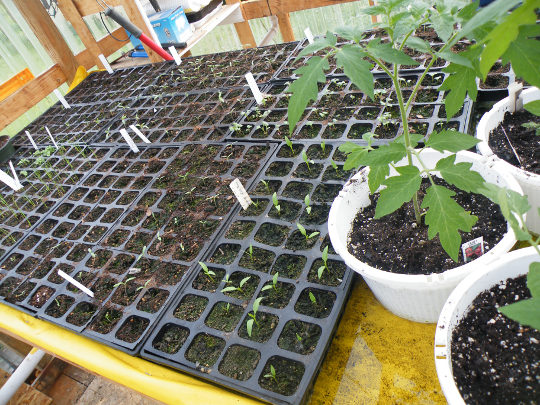 The center table in the greenhouse contains quite a mix of bio-diversity, including chives, sage, cilantro, parsley, peppers, collards, onions, and a second planting of lettuce. A few more large tomato plants round out the second shelf. 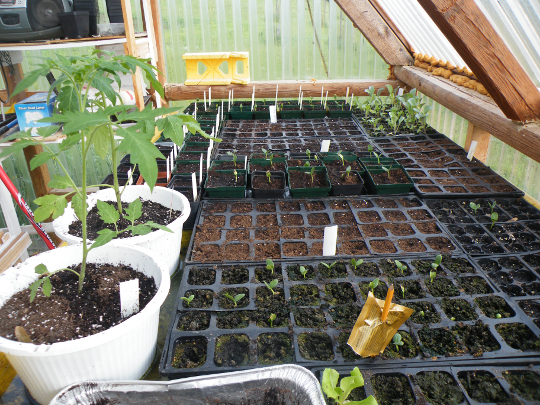 The fourth and final table contains mostly cucumbrits including melons and several varieties of cucumbers. This entire table was full of cool season crops which have since been planted out into the garden.

While I may rebuild the entire shelf system in the greenhouse next year, I will also be implimenting a staged growth system. Just as the cool weather crops were being planted out, the warm season cucumbrits should be planted indoors. Next year, I can plant far more cool season crops, without worring about saving room for cucumbers.