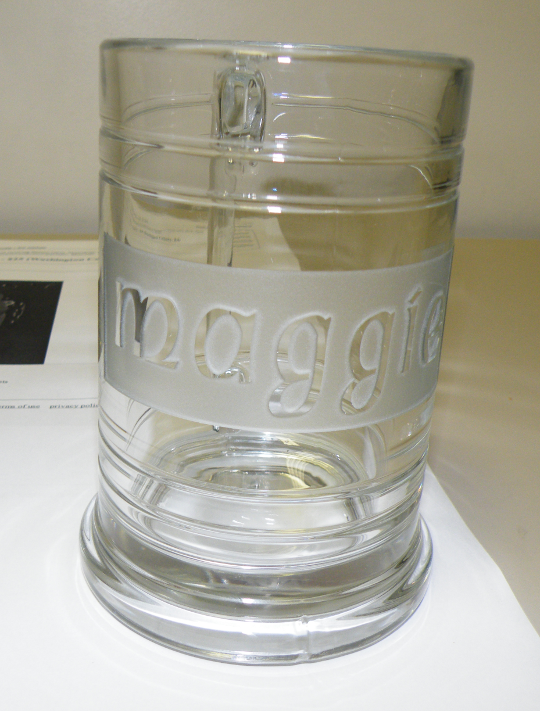 I’ve still been picking Tomatoes and Potatoes, but I’ve posted lots of pictures of them in years past, so here’s something a bit more interesting: Glass Etching.

It all started a few months ago when I ran into a very interesting guy. He needed me to setup a computer and hook it to the internet for him, something I do freelance from time to time. We got along very well, and he offered to teach me Glass Etching. At first I could hear two voices speaking to me, one said “This is a rare opportunity to learn something new”, and the other spoke “What could you ever do with glass etching ?”.

I knew there was some purpose for etching glass, and I knew it would be something I would enjoy, but I wasn’t prepared to see my first creation come unwrapped after my etching lesson. It was absolutely stunning, as you can see above. In the hours which followed my first lesson, I was absorbed and obsessed with the potential I had been given. I laid awake that night and blasted project after project in my mind until I came to the ultimate conclusion: I needed a Sand Blasting setup of my own, and I needed to be able to etch very large pieces of glass. 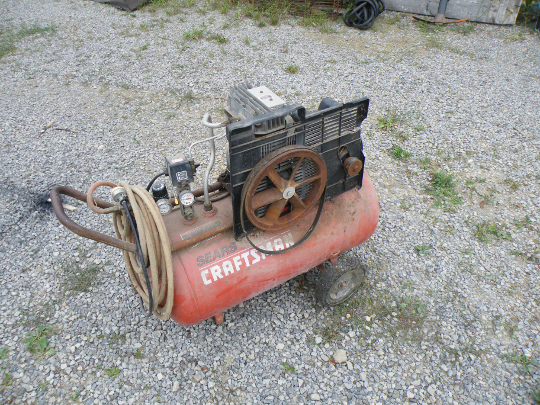 To etch glass requires something of a sand blasting setup, with modifications. The basic design requires three different pieces of equipment, an Air Compressor, a Sand Blaster, and a Blasting Cabinet.

Davy, (my brother in law) had an Air Compressor that he purchased to build his barn. Once the barn was complete, the compressor was retired to a corner of the barn, where it sat until he offered to give it to me. I immediately accepted, and loaded the compressor into the front seat of my car where if fit a bit awkwardly. 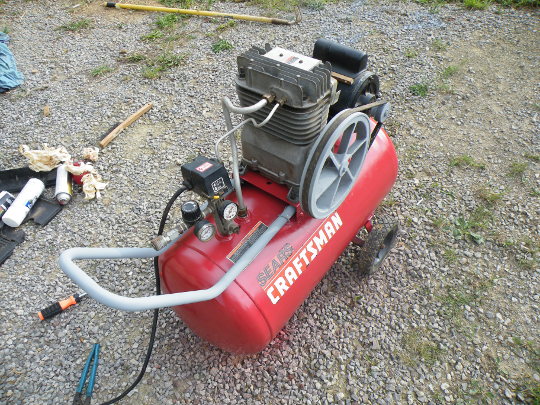 The next day I began tinkering with the device to find out why it would not build pressure after pumping up to 40 PSI. Davy and I removed many of the components to look for trouble, and I got comfortable with the mechanics. Soon we found the problem was caused by a long extension cord. When the compressor was plugged into a wall outlet in my home it worked without a hitch.

After the compressor was in good working condition, I decided to paint it. I didn’t intend to strip all of the parts off of it and power wash it, but it happened any way. Once again when the work was done I was quite amazed.

Now, I just need a blasting cabinet and a sand blaster.

This entry was posted in Glass Etching, Tools. Bookmark the permalink.