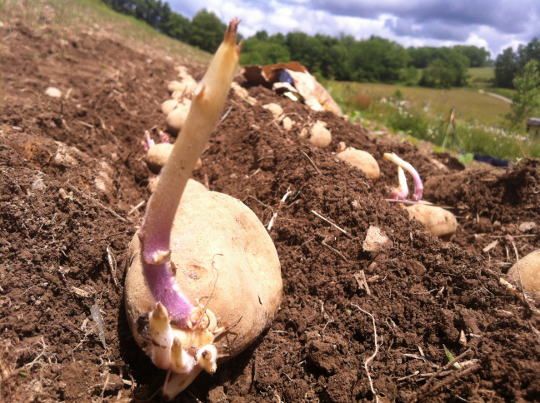 When I was younger and played around with computers I was often jokingly compared to Bill Gates, and I think I’ve managed to coerce another family member into pushing the boundries of IT knowledge. You see my nephew Nate wouldn’t quite be compared to Gates, but rather Jobs, Steve Jobs. He’s more of an Apple guru, whereas I’m a firm PC and Linux guy. The whole point I’m hitting at is what my nephew can accomplish with his multitude of iGadgets, this time his iPhone. His mastery of this camera has surpassed my own photography skills with a much bulkier piece of equipment. This all before graduation, a fairly impressive accomplishment if you ask me. 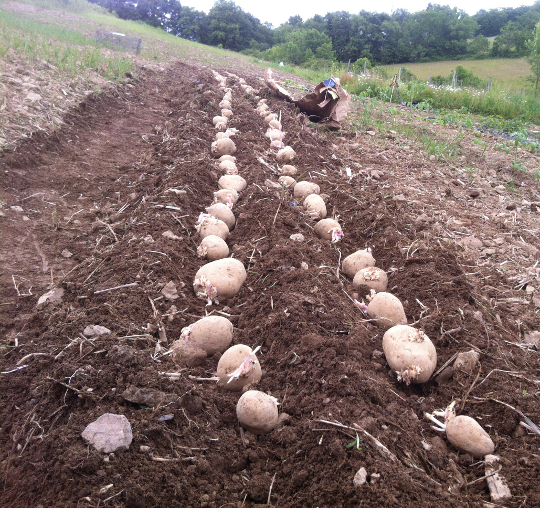 So when Nate offered to help in the garden, I choose to use his skill set to the best of it’s ability. Sure, Nate could plant potatoes, but what he is far more effective at is taking good pictures.

We planted 50 lbs of Yukon Gold Potatoes as Nate documented and helped kick dirt around. 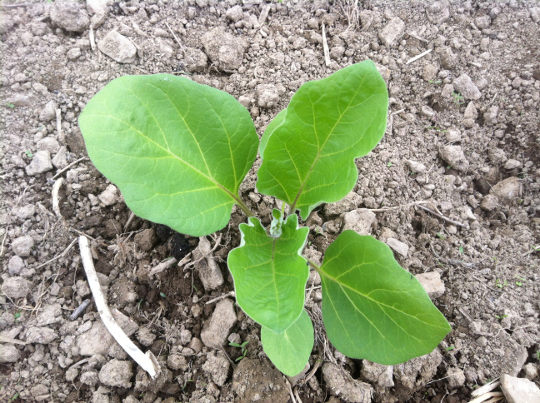 As I was finishing up the planting by soaking the spuds, Nate found more interesting work taking close up shots of veggies.

This years Eggplant is about as large as my pathetic plants were at the end of last year. I’ll take this improvement as a sure sign that I’m really starting to learn gardening in depth. 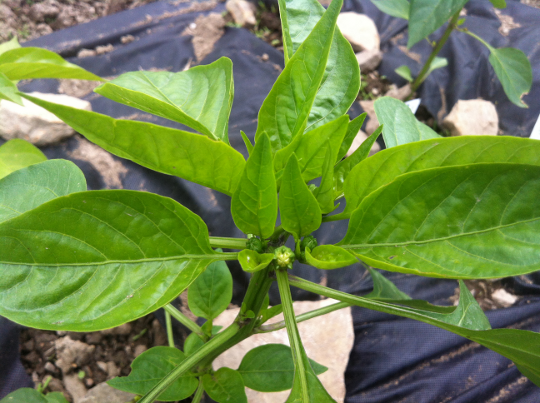 I’m also proud to report pepper flowers already, and at least one tomato that is about 1/2 inch in diameter. 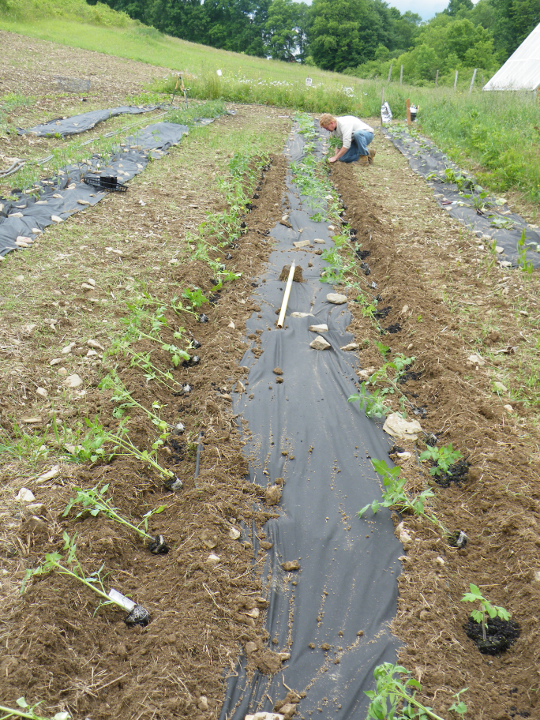 I’ve also included this picture of George helping plant a long row of assorted tomatoes, taken by me on the second day of my vacation time. I’ll soon be going back to work, and the vast majority of planting is done.