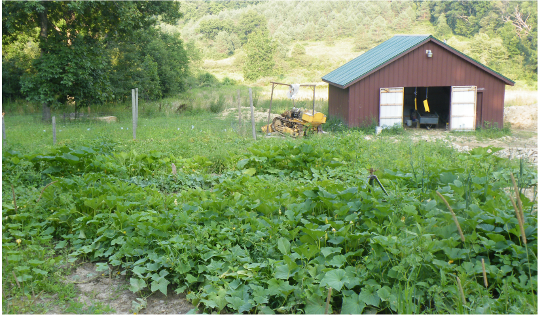 It’s been an unseasonable cool summer, with what seems like twice the normal amount of rain. I’ve only had to water the garden in the first few weeks after it was planted, and I haven’t touched it since.  The crops are still doing very well for the most part. Thankfully this new garden area is on a decent slope, just like all my others have been. 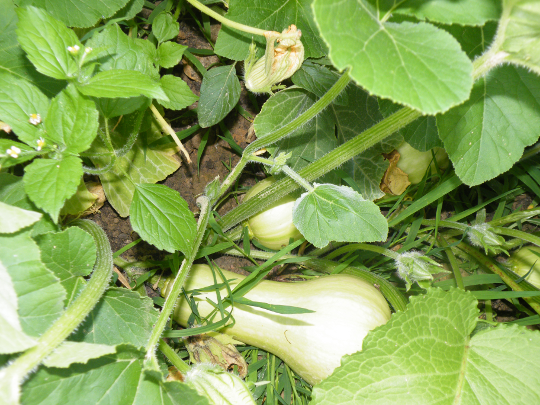 I managed to dump two large dump truck loads of manure on the top end of the garden, and I spread it out fairly well with the tractor. Unfortunately when you dump an entire truck load in one spot, it compacts the manure at the bottom and it was quite difficult to spread that last six inches or so of fertilizer. In this area, I planted my winter squashes: Waltham Butternut, Acorn, Spaghetti and new for me this year: Bush Squash. 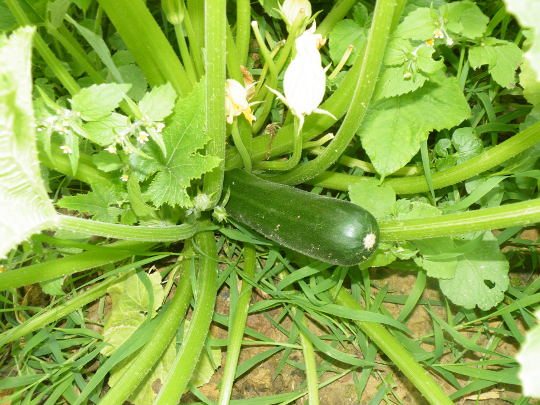 I had started about five zucchini plants in the greenhouse, and planted an entire row nearby from seeds. Nearly 50 plants emerged from the soil, and many of them have began full on zucchini production. I don’t think it needs to be written, but I will be buried under piles of green goodness in a few short weeks time.

Another great crop this year has been the cucumbers. I’ve planted a mixture of seeds from previous years, and three types seem to be doing quite well. Straight 8, Boston Pickling and another strange elongated variety have produced nearly four shopping bags of cucumbers. What a great year for Mother to be making pickles, as I usually round up the cucumbers and drop them off for Mom to can them.

Tomatoes haven’t done as well this year as in the past, but their short stature hasn’t stopped them from going into full on production. I will have way too many tomatoes again this year. I blame the copious amounts of blue water that I spread over them while applying anti-blight spray.  (The water is colored blue by the Miracle Grow plant food I use). 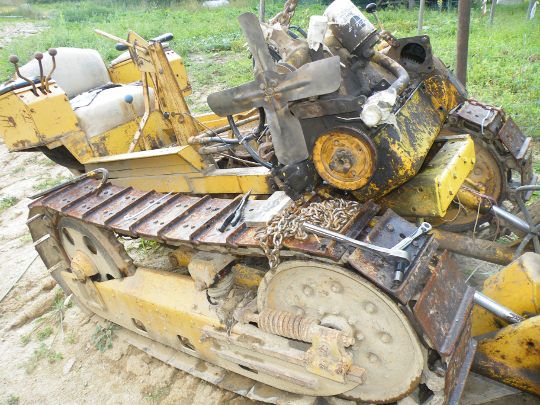 This year my focus is once again on machinery, and pushing myself out of my own comfort zone. You see this dozer has been a great piece of machinery that I’ve accomplished a good amount of work with, but one day the engine started making a serious and steady banging sound. It had to be removed and repaired before the entire engine became unusable.

Once again, I turned to my friend Shayne to guide me through the process. I’ve worked on engines a few times in the past, but it’s not something that comes second nature to me. With George and Shayne’s serious help, we removed the engine, and determined that the Rod Bearings were the cause of the noise, and they had to be replaced. If your ever in the same boat, go ahead and buy a micrometer and measure the crankshaft before ordering new bearings.  The cost of the micrometer will surely offset the amount of postage you may incur in sending back the wrong bearings as I have learned. 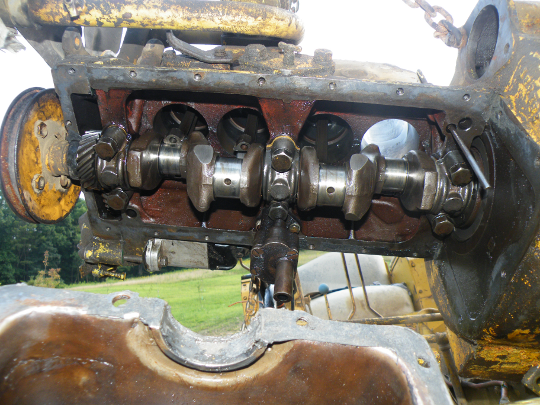 One more thing I’ve learned is that some earlier OC-3 Hercules IXK-3 engines have poured in bearings made of a soft metal. The problem with these bearings is that they wont just snap out like newer bearings, so I had to purchase new connecting rods. It seems the use of these cast bearings was changed part way through the production of these dozers, starting with the newer style bearings being used after serial number 1285102. If it was only the rod bearings I would have been long done with this project, but replacing the rod itself requires removing the head from the engine.

Once I pulled the head off, I noticed one more problem. Take a look at those pistons ! Even a career computer guy like me knows all that black build up is not good for the engine. It will have to be cleaned off before I put the old girl back together.

All in all, it’s been a great experience. I’ve learned so much from this dozer, and now I can add dozer engine repair to my resume. I now feel much more comfortable with engines and mechanics, and I hope to put this puzzle back together this Friday. Let’s hope there are no more hitches along the way !

One Response to Rainy Cool Summer