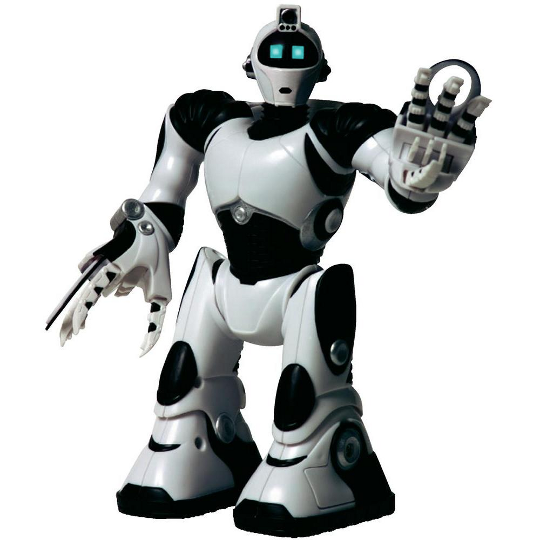 Ike as He Should Be

I recently purchased a toy robot from a co-worker. The robot is a RoboSapien V2, produced by Wowwee, but this robot was worn-out, and I purchased him knowing that he would need some serious re-wiring. You can see what he was originally intended to do here: http://www.youtube.com/watch?v=VCGp2EfmnS0  Rick named him “Ike” after “Isaac Asimov”, a famous sci-fi writer, and I thought it was fitting, so I’ve decided he should keep the name. 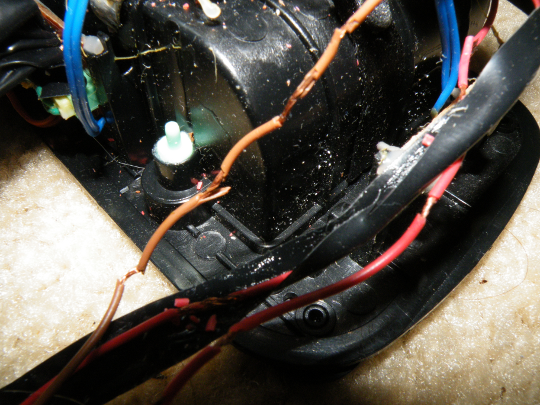 I took Ike apart, knowing that his wiring had frayed over time. My intention was to repair the wires with some electrical tape, and put him back together. I wasn’t prepared for the number of wires which needed work, and how tedious and time consuming the work would be. After covering many of the wires with electrical tape, I decided the problem needed a new solution.

I decided to re-purpose this well thought out design into a whole new robot, not one which is simply re-wired, but rather re-constructed. I took the robot completely apart and began surveying what could be re-used, and what I would need to replace. The motors all seem to work, as I’ve tested a few of them, and his joints and other mechanical parts all seem functional. What he really needs is a new brain. 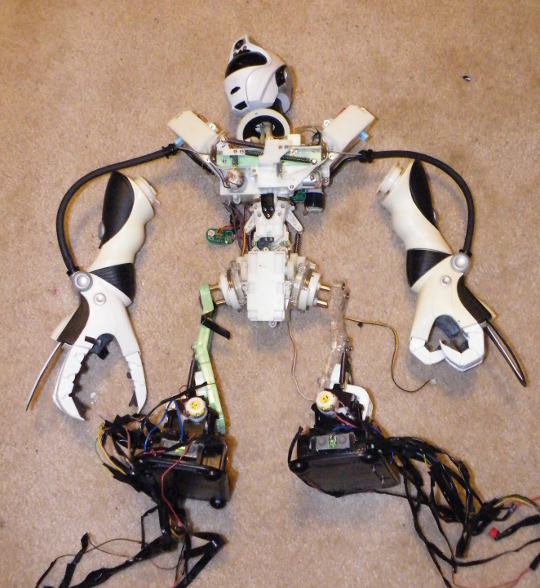 I hope to replace his circuit board with an Arduino, or similar board, which I can connect to a computer. What was once a plan of simple re-wiring has morphed into a project for a full fledged computer nerd, aka  me.

I would like to find a connection method that uses my current understanding of perl, rather then learning a new language. If I can do that, then I’m sure I can give Ike some real personality; even connecting him to the internet and giving him the ability to grow over time.

Too bad his hands aren’t more garden friendly, or I could strap a camera to his back and teach him how to pull weeds out of the garden ! 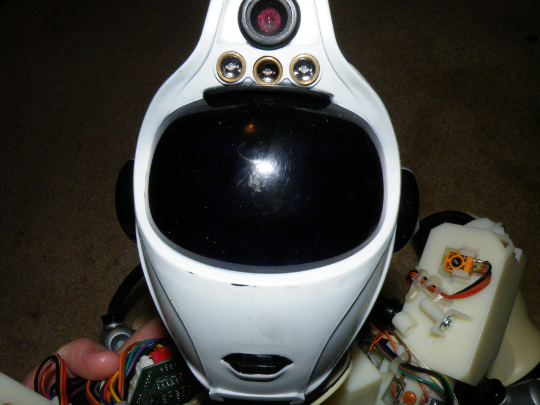 So my hope is that I can write all new computer code to get him moving, as well as build the circuits to connect the Arduino board to his motors and sensors. Needless to say, this may be a long term project, and right now all I have is a box of parts, and a plan.