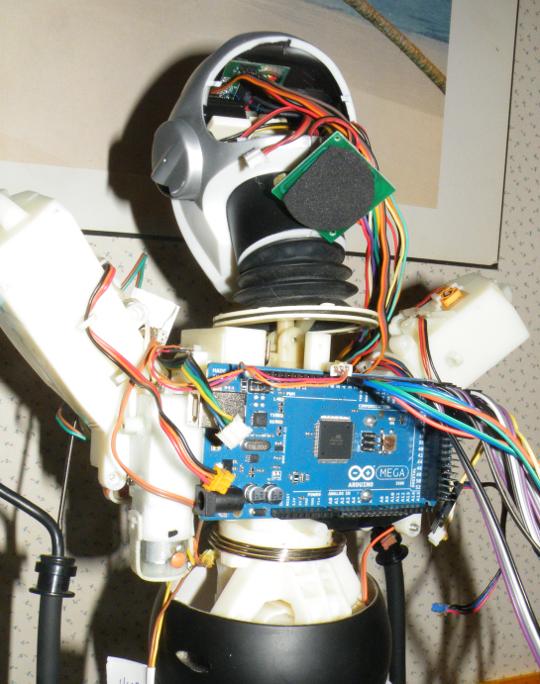 Arduino Mega Board Mounted on Ike's Back

I’ve been working on Ike, my toy robot project for awhile now, and I’ve made some serious progress. What once started as a concept is starting to really show itself as a reality. The Arduino board I once imagined controlling this bot is now securely fastened to his back. All of the pins that supply output and input to drive this contraption have been mapped, and the real work of putting him back together is beginning. 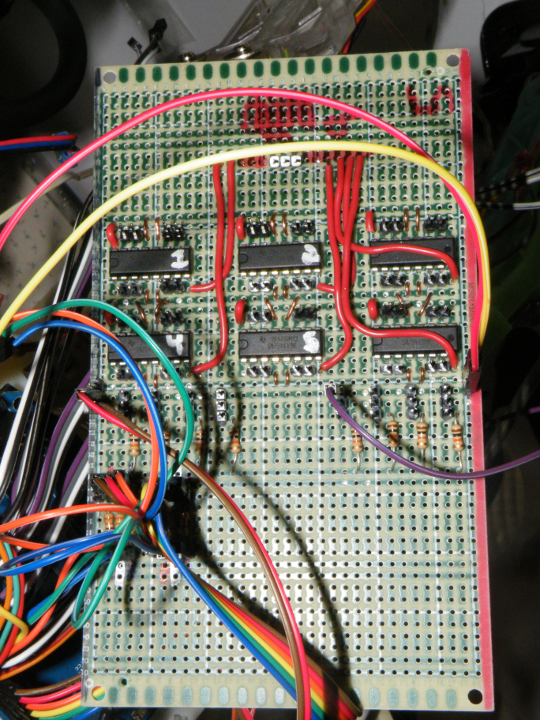 Motor Control and Wire Distribution Board

The Arduino board itself is quite impressive, but it’s not a robot control solution in it’s self. The board still requires the help of some additional circuits, and additional power. The motors that drive Ike’s movements use 9 Volts, and both wires need current at different times. To solve this dilemma, I’ve added H-Bridges, that convert the Arduino’s output into 9 Volts on the required wire. This allows the motors to more forward or back as needed.

Below the H-Bridge cluster is a series of connectors and resistors which will enable some of Ike’s sensors, and under that,  the row of resistors is an area dedicated to powering Ike’s new multi-colored eyes. He originally had only blue eyes, but now his eyes can range wildly from blue to red to white. The LEDs are also capable of green, but Ike’s visor filters most of this light out, and it appears a dull gray instead. 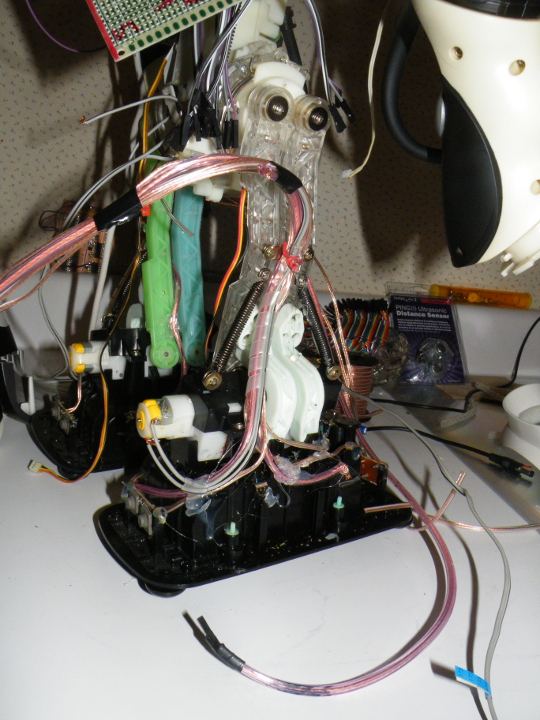 In addition to Ike’s new eyes, and control boards, I’m re-wiring every component. In place of the thin wires that didn’t last, I’m putting some seriously thick wire where needed. I found this ridiculously thick speaker wire which was meant to power those thumping stereos in the younger generation’s cars. It should definitely do the trick, and last for quite a while as well. 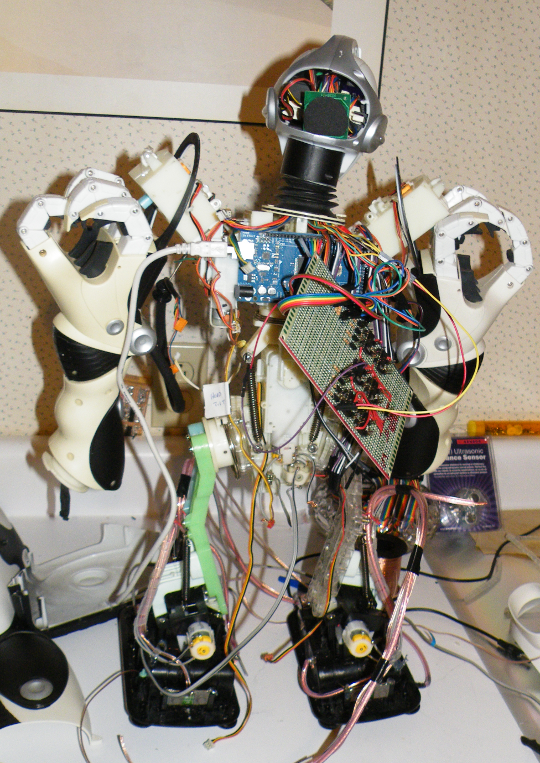 Here’s an exploded view of sorts, which shows how the two boards will be stacked. The Arduino board will be about an inch below the new motor control board. The second board will be integrated into Ike’s exoskeleton. I’ve had to cut a big chunk out of his backs plastic to mount this board.

I’ve been considering adding a third Raspberry PI board on top of the Motor control board…… but, I better finish this stage first. If I do add this third board, Ike won’t require a USB connection, and I should be able to add in Voice Recognition. 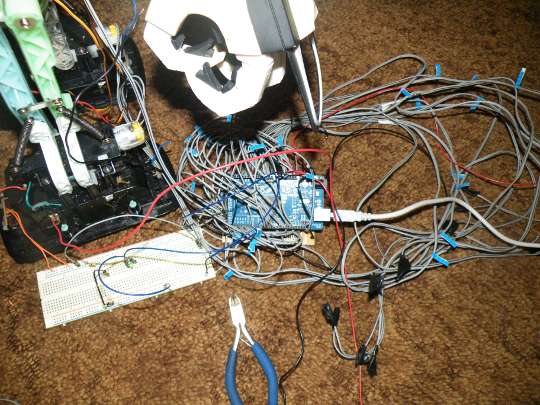 All in all, I’ve made a lot of progress. This robot is more then just a toy, it’s a method to force myself to learn something I’ve always wanted to know: How to wire electronics. I’ve long ago mastered the methodology of computers, but electronics has always eluded me. It was always something I was planning to do in the future.

The future is now, and I’ve learned far more then I thought I would from this project.  When I finished soldering Ike’s motor control board, I realized I could use the same methods modified just a bit to build robots that build walls…. Just as a car factory uses robots to build cars.

One Response to Ike’s Upgrades