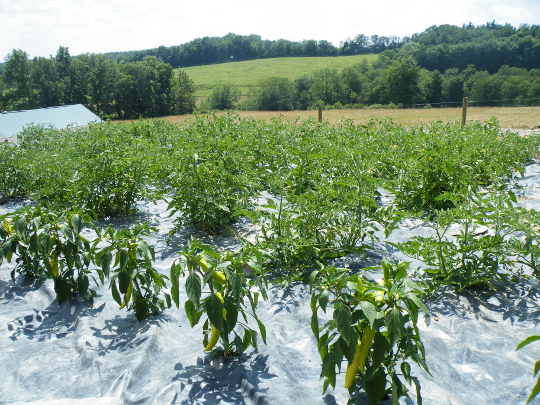 My neighbor John noticed that we have been using the tractor and brush hog to mow the field around my house, and he wanted me to stop up and see about mowing some of his fields. While I was there, I thought it would be neat to take some pictures of John and Martha’s garden. The family is one of many Amish households in the area, so they always grow a garden, regardless of the current state of the economy, but they too are expanding the size of their plot for next year. In the background is the field which I’ve been mowing with the tractor. Since it’s taking so long, Davie has offered to help while I’m at work. The two of us should be able to mow the whole thing before winter. 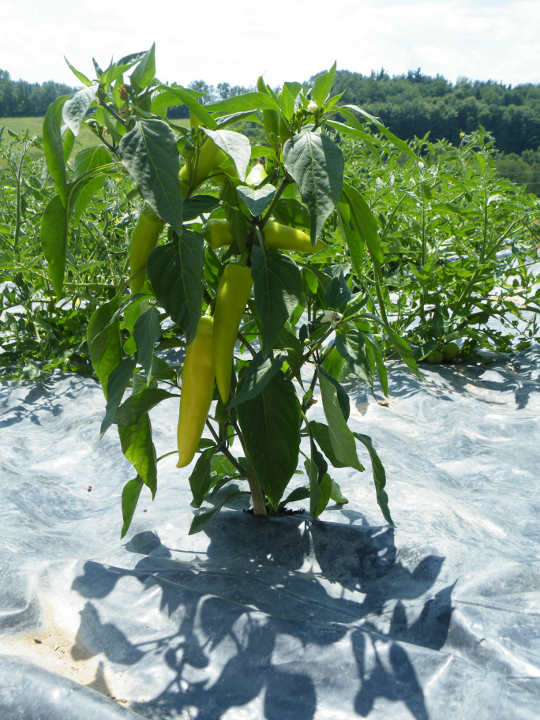 While I generally grow bell peppers, the neighbors usually grow banana peppers. I guess I should ask them where they get their seeds from because I have only started to see flowers on my pepper plants. 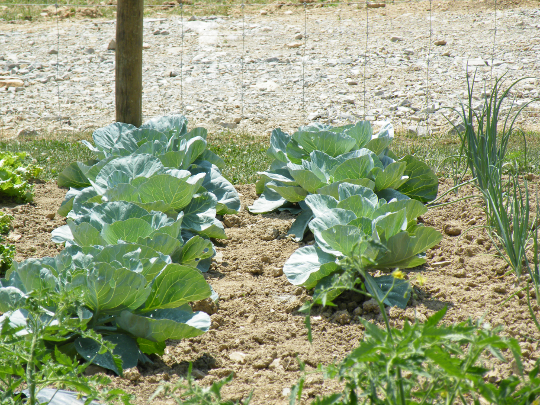 Their cabbage is also doing great, and although I don’t like eating this veggie much, I’m a bit jealous as I’ve never had much luck growing these plants, and theirs look phenomenal. 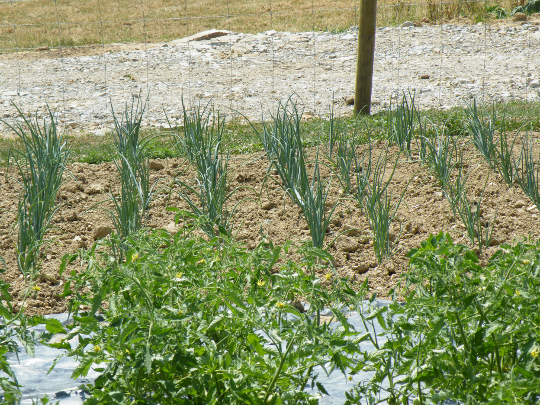 Their onions are a bit taller then mine, but here I don’t feel so bad. My patch isn’t nearly as weed free, but my plants are about the same size.

I also transplanted my Pak-Choi out to the garden over the weekend, and sowed some additional cucumber and zucchini seeds, which should have just enough time before winter to grow food.

This entry was posted in Amish Gardens, Cabbage and Broccoli, Onions, Peppers, Tomatoes and tagged Amish Gardens. Bookmark the permalink.