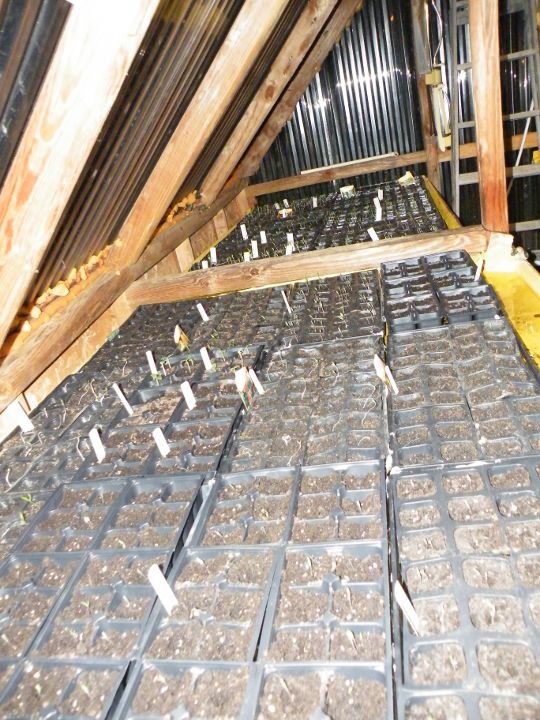 This year I managed to get all of my tomato and pepper seeds started at roughly the same time. I started all of these trays in my home during the germination stage, and they were placed around every available window. A few trays didn’t receive nearly enough light, and when they were moved out the greenhouse the brittle plants didn’t make it. I figure about 40 plants suffered this fate, so all in all, it wasn’t a bad start. Now that these little plants are in the full view of the sun, they won’t stay small for long ! 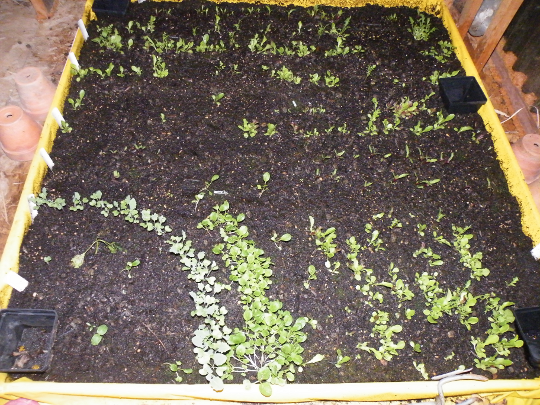 Garden In the Greenhouse

This spring I’m adding a new method to gardening, growing entirely in the greenhouse from seed to harvest. The idea began as a way to grow lettuce quicker, but once I realized ground hogs, deer and rabbits would be unable to eat my plants, I decided I had to give it a try. I purchased the largest bag of Miracle Grow Potting soil I could find, and filled a square  box with it. I then planted Swiss Chard, lettuce, mesclun, kohlrabi, pak-choi, beets and a cucumber seed in the soil. They seem to be doing very well so far. 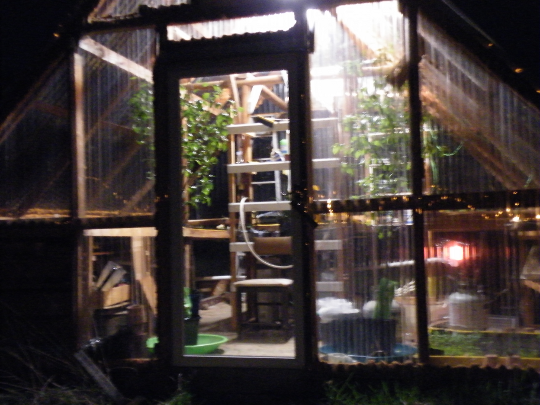 I even have two large fruit trees inside. They were too tall for any standard home’s ceiling, and it’s a bit too cold to plant them outside. To keep them watered, I re-purposed some sleds and filled them up with water.