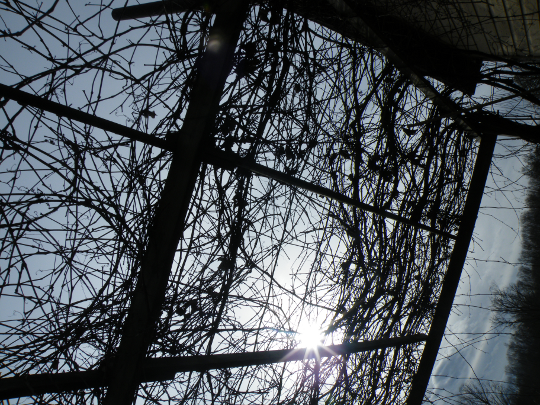 The last few days have been bitterly cold, but before that, our winter was fairly warm. Since it has been cold enough to put the plants into a winter slumber, I’ve been pruning them on warm days. The grape vine above needed a great deal of care, as I didn’t prune it back as much last year as I should have. This year, I’ve decided to do it right. 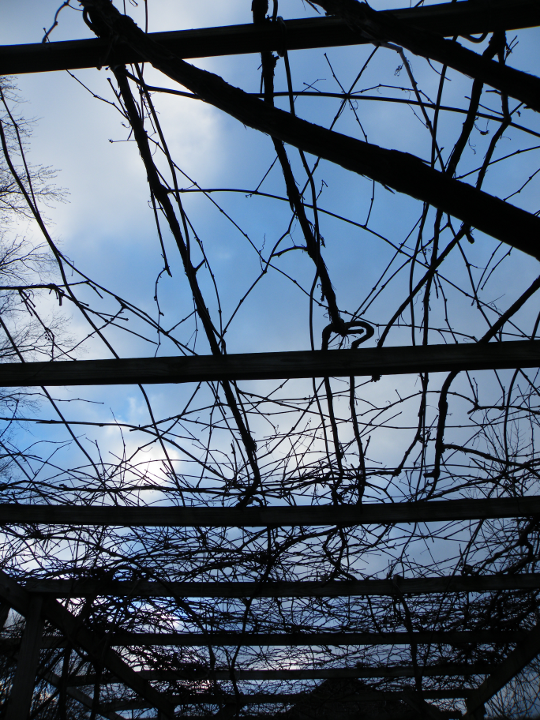 I started at the roots of the plants, and followed the vines as they split. I cut off most of the runners, except for the more desirable ones. Most of the vines would double back over themselves, climb up the shed nearby, or grow back towards the ground.  These vines were cut, and only the vines that grew towards the other end of the trellis were left. I plan to cut them back even more next year, but first I want to make sure I get the outcome I’m looking for, before I turn this trellis into a holder for only four vines. 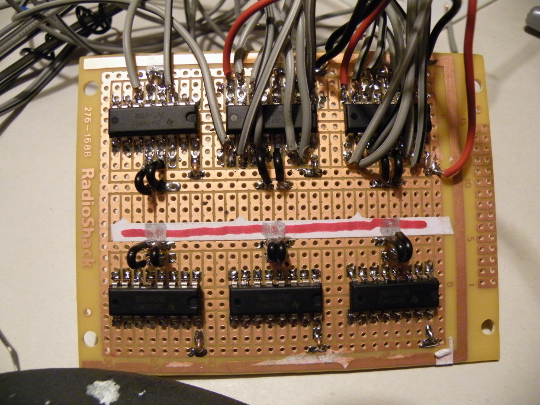 At night, when the sun is no longer available to help with pruning, I’ve been pruning wires. It all feels like the same activity anymore, especially when we just finished re-wiring the network at work. We ran 7000 feet of cabling, and with pruning grape vines, and cutting wires, I’ve spent a lot of time chasing ends.

The board shown above is Ike’s motor control board (Ike is a robot project I’ve been working on). I got started before reading the directions, and the board itself is upside down. oops. The circuits still function, but they aren’t quite as neat as they should be.

The black boxes will convert signals from an Arduino board (not shown) into 9 volt outputs to drive Ike’s motors. 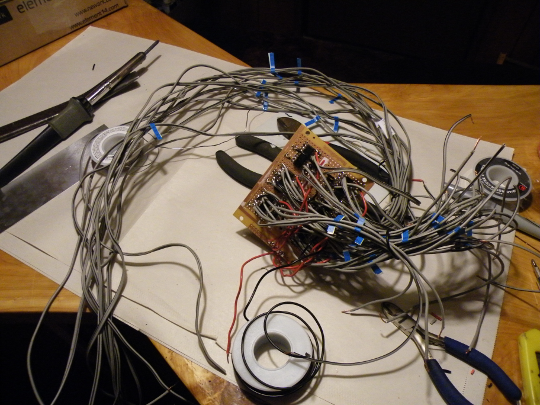 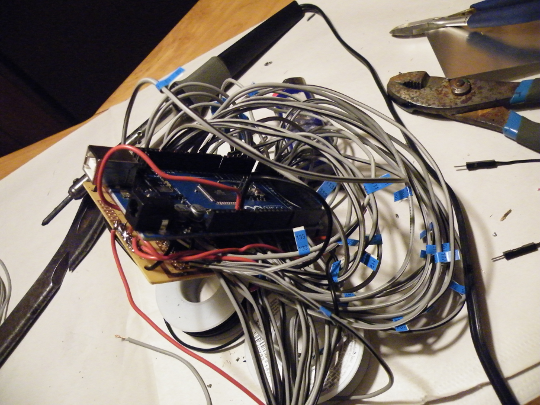 Ike's Motor Control Board Wired to Arduino For Testing

I then used some rigid wire to connect the Arduino board to the top of the Motor control board. The wire will work for testing purposes, but I will need to find a more long term solution to mount both of these boards to Ike’s back.

The Arduino board has a USB connector which I can use to load permanent instructions. The instructions are stored on the board after it is disconnected.

I now need to do some testing to make sure all of the wires are connected properly, and find a better power source. 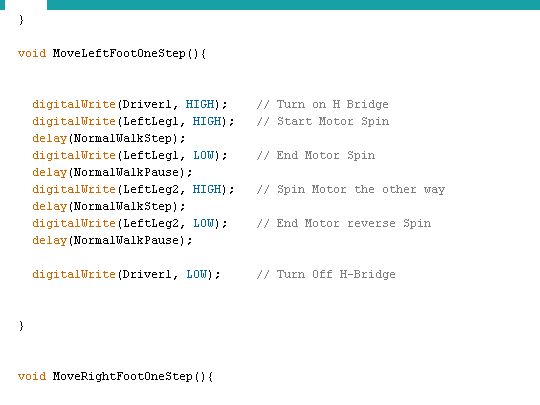 Here’s some very basic Arduino code for testing Ike’s walking capabilities.  I plan to write the more basic mechanical functions as code that will be stored on the Arduino board, and then write a more complicated AI/personality program that will drive the basic functions.

It is a very long term project indeed…