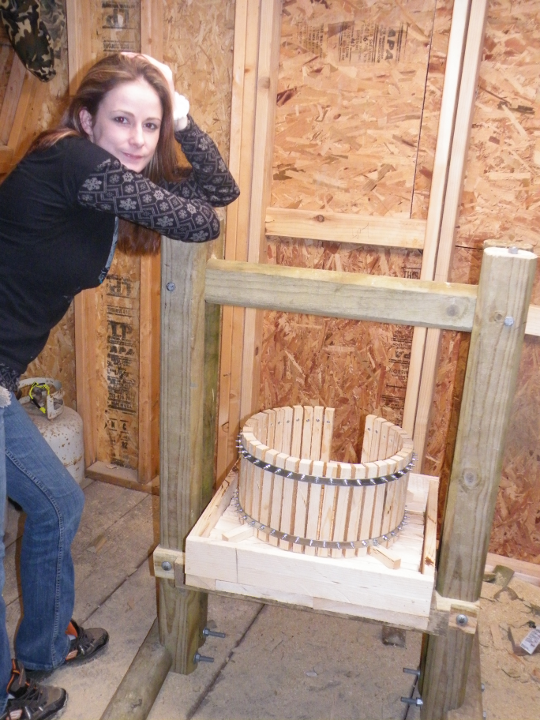 Adonica Standing with the Press

For the past two days, I’ve had one item which has topped my agenda: Finishing and testing out the cider press I’ve been working on. A good friend, Adonica in the picture above, heard about my project and came over to give me a hand. She’s a very mechanically inclined girl, and her help was invaluable. 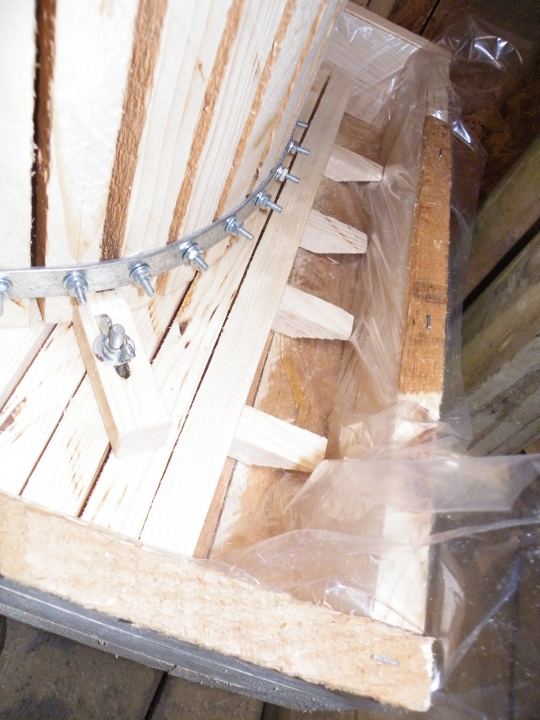 Base Detail With Plastic Liner

I added a few items to the original plan, including the plastic lining shown, as well as moveable basket holders. Rather then fasten the basket holders permanently in place, a bolt, washer and wing nut were used to allow some wiggle room in case the basket swelled from the cider. The plastic liner was used to help catch the cider and drain it off before it could soak into the trough base. 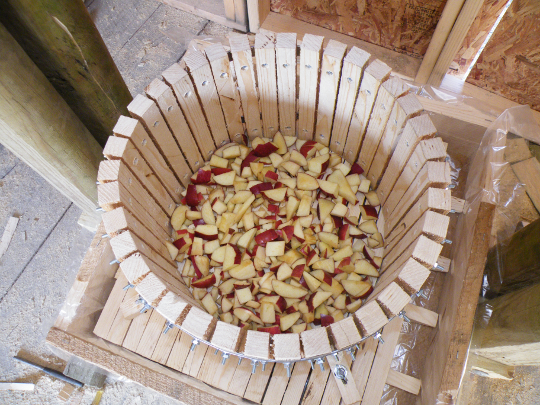 Finally, we cut up about ten store purchased apples and placed them in the basket for the first trial run. I assumed ten apples would fill the basket quite a bit more, but it was a test run, and I didn’t want to waste a lot of apples if something went wrong. 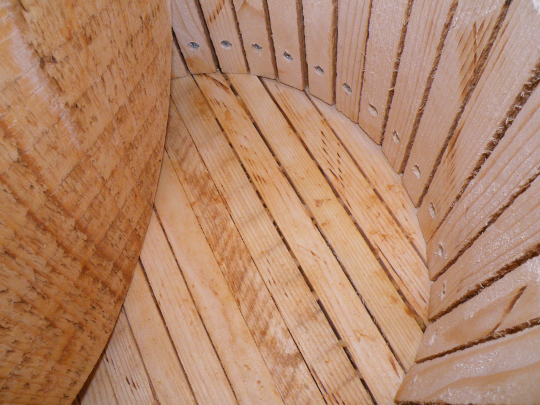 Inside the Cider Soaked Basket

The test run yielded a surprisingly small amount of cider, but after taking a look at the basket, I came to the conclusion that the previously untreated pine had soaked up a good amount of cider. I was still happy with the successful press, with one half of a cup of cider in hand, and no component failures to repair. 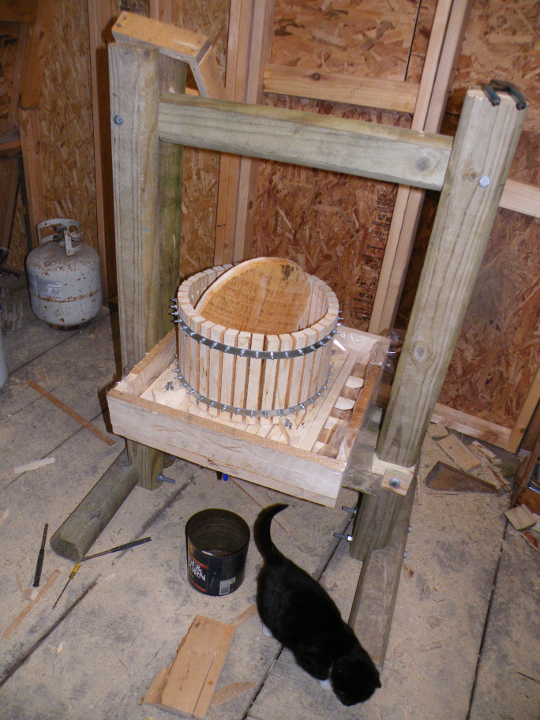 So there’s the finished press, after its first use. The next project is to sand and treat the wood, and figure out how to get this heavy press out of the second story of my shed.

I guess I should start planning an apple grinder next.